The flat oysters of Bélon come from the Ria du Bélon. Taste them at sunset, served with a glass of white wine or a beer from Riec-sur-Bélon “Le Grain Du Ponant”. They will be a perfect aperitif for an unforgettable moment.

Bélon oysters are one of the most sought-after seafood dishes in France. Flat in shape, they are found in the shallow waters of this inlet or ‘ria’ of the Bélon. The “Belon” is considered to be one of the most delicious oysters with its creamy texture and its sweet and salty, nutty taste. A rare delicacy, they have been enjoyed since the 17th century and are known for their unique taste.

Where to enjoy them?

Opposite the Château du Bélon, take a seat at a table overlooking the river. Contemplate the sun setting on the horizon over the sea in the distance. It casts a warm orange glow over the pine forests.
The Bélon oyster has a smooth, creamy texture with an intense salty flavour. Its rich taste lingers in the mouth. Served with shallot vinegar or lemon, accompany them with a slice of rye bread. A dab of salted butter and the table is set.
An unavoidable ritual commonly practised by the locals since the 19th century, the tasting of Bélon oysters at sunset evokes the end of the day and the return of the tired fishermen.

The soft flesh can vary from white to grey, but the shell turns yellow or pink when exposed to sea water. Oysters are filter feeders that protrude from the surface of the water to catch plankton. The Belon oyster has a natural bivalve shape that allows it to close tightly when overcrowded and this often allows it to survive storms. 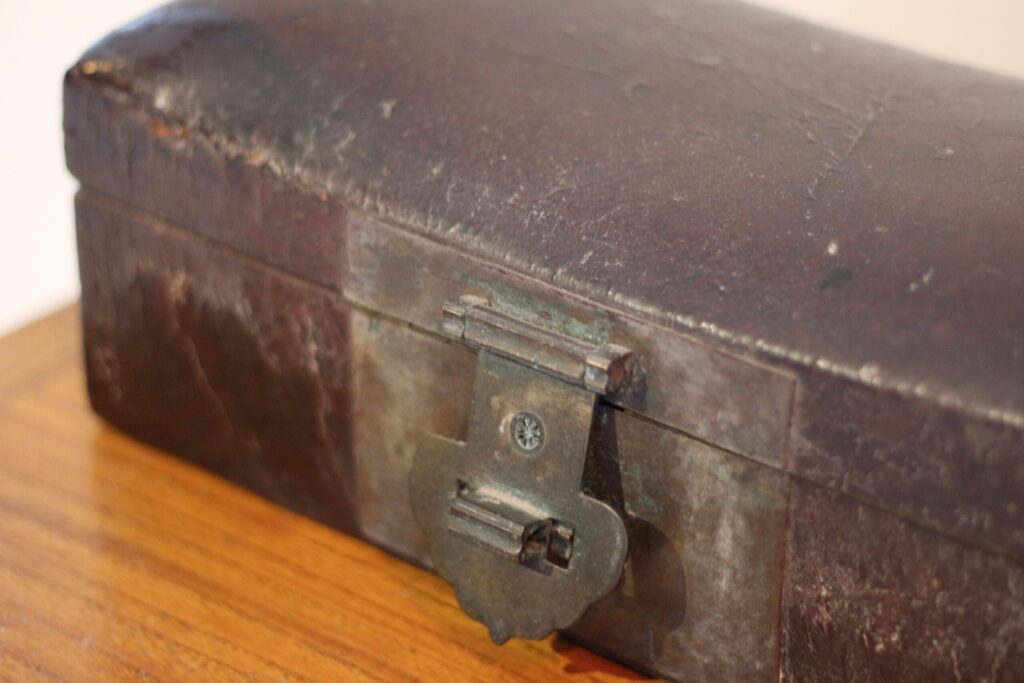 This object, now exclusively decorative, is full of history. Discovered in a Singaporean antique shop, this leather, wood and rice straw pillow contained a pipe and opium smoking equipment. Our interior is a mixture of artefacts from the other side of the world and typical Breton furniture and objects. This box reflects some of the […]